The Kerry Central Regional Water Supply Scheme has been voted national Engineering Project of the Year for 2018.  The project by Irish Water, in association with Kerry County Council, and undertaken by Nicholas O'Dwyer Ltd, TOBIN Consulting Engineers and Glan Agua Ltd, won out in the flagship category of the ninth annual Engineers Ireland Excellence Awards, held in association with ESB.  The Engineering Project of the Year category is sponsored by Transport Infrastructure Ireland and is voted for by a panel of judges and the public. 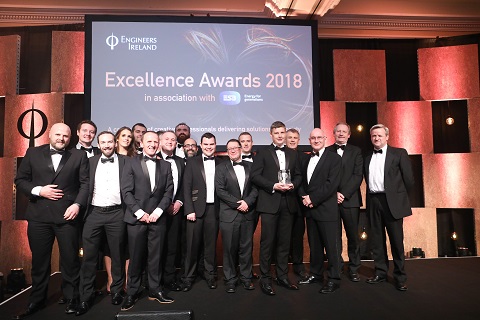 The €30 million project scheme’s new water treatment plant is amongst the largest in the country and provides over 50 million litres of drinking water every day, with the improved quality of water available now meaning the 62,000 local customers have been removed from the Environmental Protection Agency’s Remedial Action List (RAL).


On accepting the the Award, Eamon Gallen, Managing Director of Irish Water stated that until the completion of this project, the local water supply lacked an effective system to treat the raw water abstracted from Lough Guitane. This meant that the areas supplied by the Kerry Central Regional Water Supply Scheme were at risk due to the lack of sufficient water treatment.  He thanked the project teams within Irish Water, Kerry County Council, Nicholas O'Dwyer, TOBIN Consulting Enginers and Glan Agua Ltd., who met the size and scale of the challenge of this project and developed a solution that would safeguard the supply of safe, clean drinking water for so many people in Kerry.

Complicated by its scale, nature, and location, the project required advanced water treatment processes, including recycling to conserve water and the use of pumping stations and pipelines, culminated in the creation of a new sustainable supply of drinking water for residents, businesses and industry in the region. The project also included an upgraded hydroelectric power turbine and water storage of up to 15 million litres of water, which is the equivalent of six Olympic-sized swimming pools. 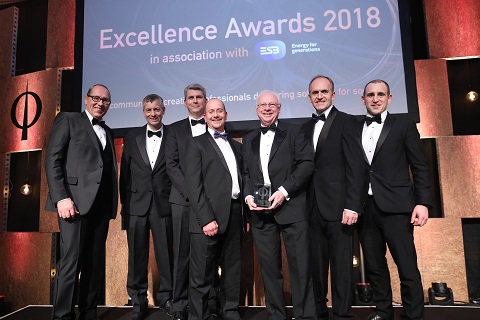 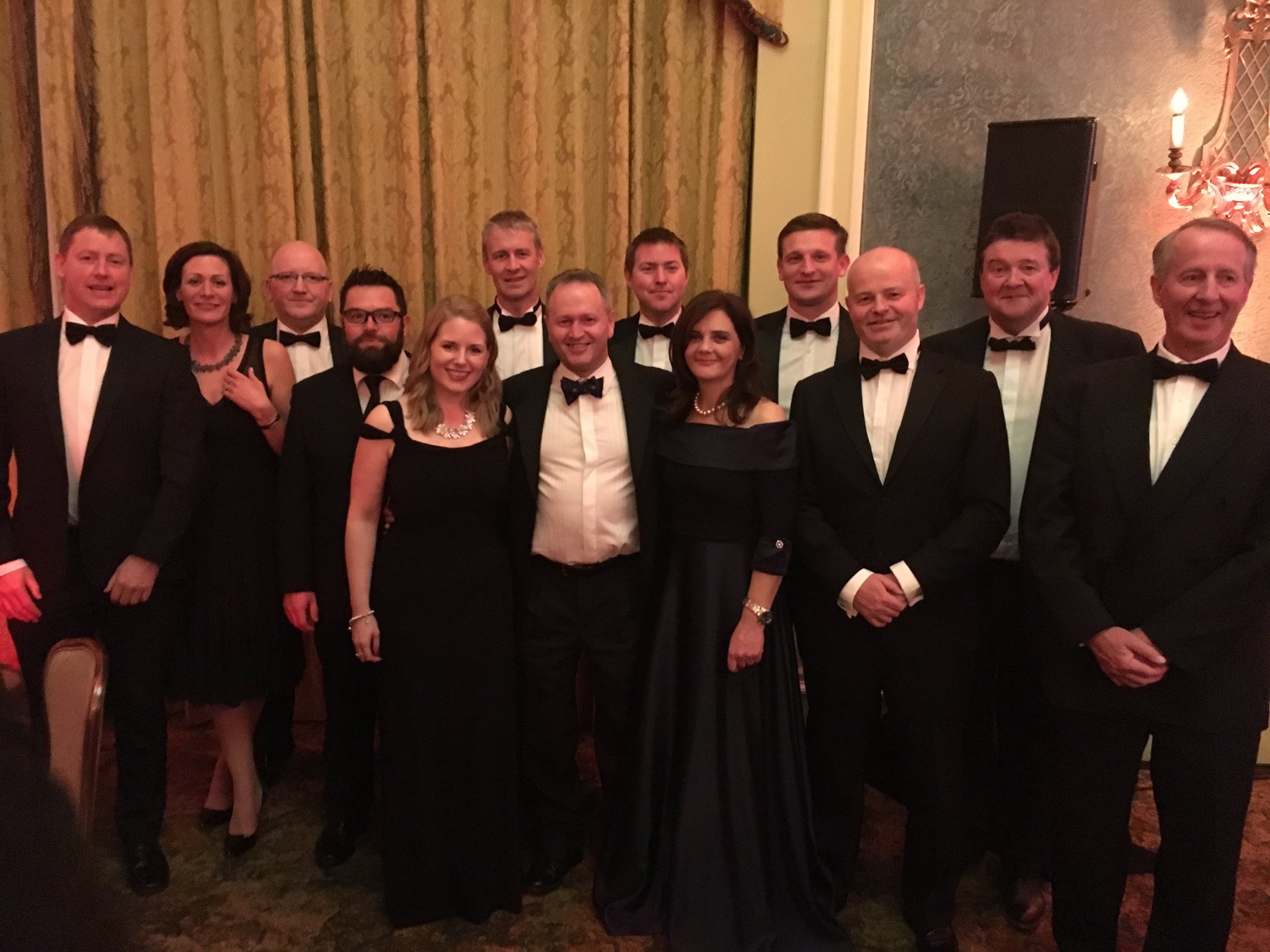 Congratulations to J.B.Barry’s & Partners, Deirdre O'Hara and her team who received
an Honorable Mention from Geoscience Ireland for the project Ballygaddy Bridge -
Bespoke Treatment of Karst Feature.

The Local Authority Engineering Initiative Award’was won jointly by Leitrim County Council and Jennings O'Donovan & Partners Limited for the Lough Rinn International Rowing and Canoe Course Project, and by Wicklow County Council for the River Dargle Flood Defence Scheme.  This award is open to all local authorities to enter an engineering-led initiative which benefits the community in which it has been introduced. 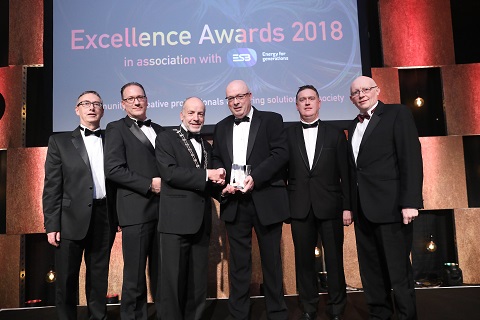 The Heritage and Conservation Award was won by TOBIN Consulting Engineers and Architectural Conservation Professionals, for the Aran Sweater Market in Galway. The purpose of the award is to acknowledge the contribution of the engineering profession in protecting the built environment by preserving or restoring a building or location of historic importance. 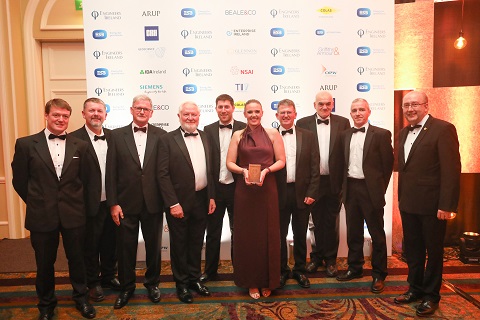 Winners of the Heritage and Conservation Award are TOBIN Consulting Engineers and
Architectural Conservation Professionals for their project entry,Aran Sweater Market – Galway.
Pictured with award sponsor, Maurice Buckley, Chairman of the Office of Public Works (right)

Eoghan Lynch, Chartered Engineer and Chairman of Arup Ireland, was presented with the ESB Outstanding Contribution to Engineering Award.  This award recognises an individual or group of individuals who have made a significant difference to the engineering profession over their careers. 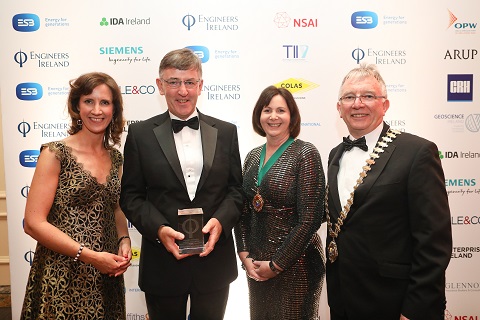 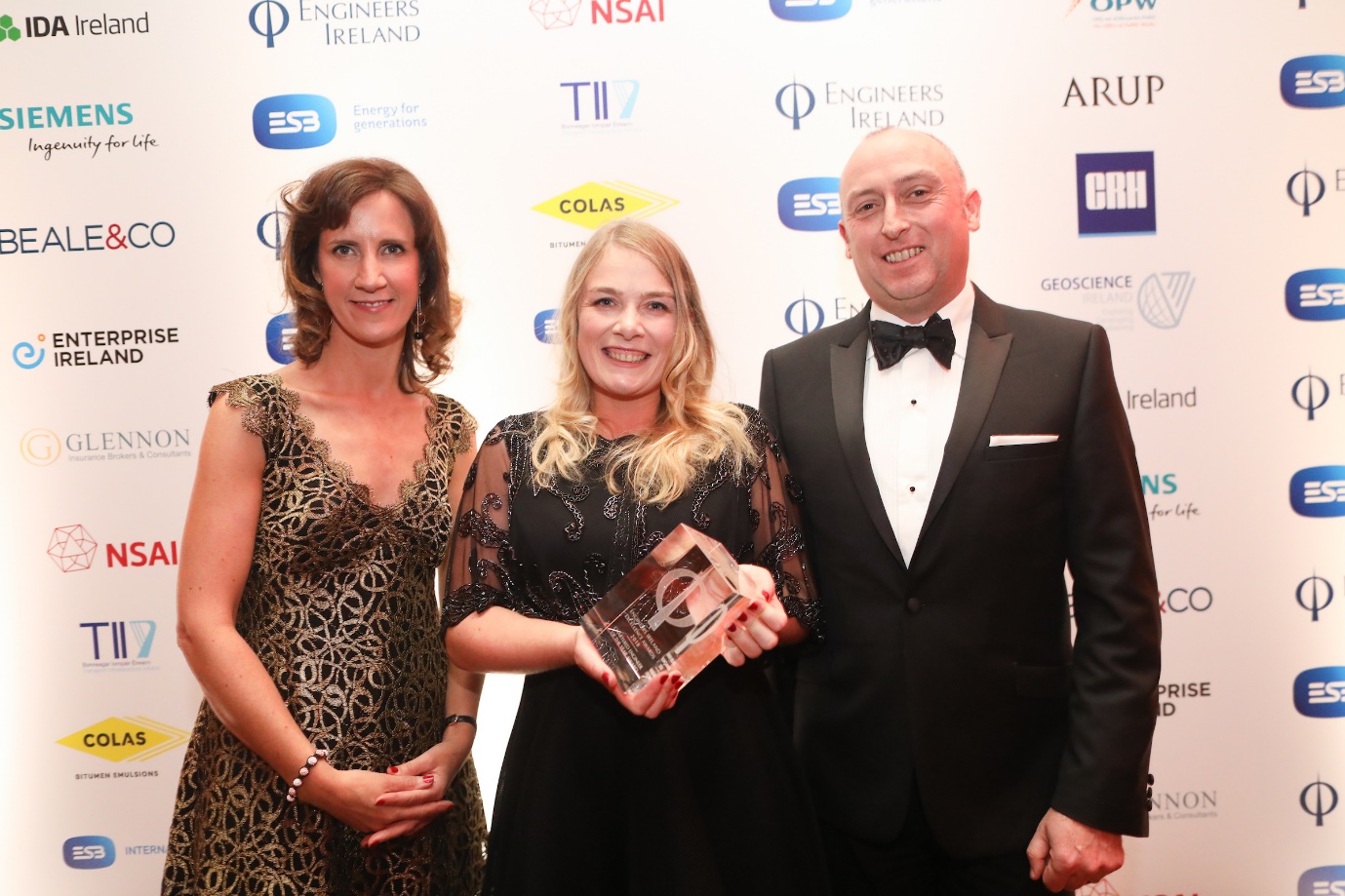 Further information on the Awards is here.