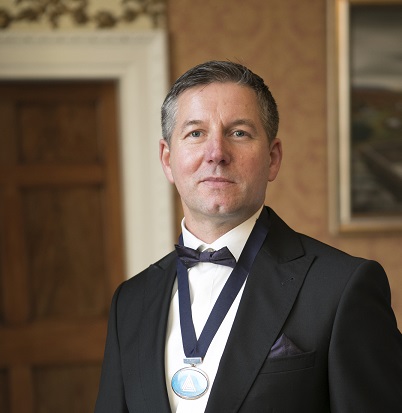 Ciarán was first elected as a member of the ACEI Executive in 2007 and has served on the Executive Board under many esteemed presidents over the past decade in a variety of roles including:  convenor of the Structures committee; convenor of the CPD Committee; Honorary Secretary, second Vice-President and Vice-President.  He has also maintained active involvement in the Structures Committee of the ACEI since 2002.

Ciaran is a chartered structural engineer and since early 2016, MD of BMCE, an award winning civil and structural engineering consultancy with offices in Dublin and London.  Previously he held roles of project engineer and project director in BMCE. Ciaran graduated from DIT Bolton Street in 1996 with a first class honours degree in structural engineering and began his career as a design engineer in a site based role, gaining particular experience in refurbishment and the interaction of new build with heritage buildings.  This experience has since expanded to include the structural design of larger scale Residential, Commercial, Healthcare and Education projects. In 2000 he achieved chartered engineering status with Engineers Ireland and the Institution of Structural Engineers.