ACEI President’s Award 2020< back to news

The ACEI President’s Award recognises the contribution of an engineer through their leadership and life-long contribution to the engineering profession.

Michael had worked in increasingly senior positions for the predecessor organisation, the National Roads Authority, and held the position of Head of Major Projects and Programme Management during the period when billions of euros of essential infrastructure were successfully delivered. A graduate of NUI Galway, Trinity College Dublin and Saïd Business School, Oxford University, Michael retires from TII today. ACEI wishes him well in all his future endeavours. 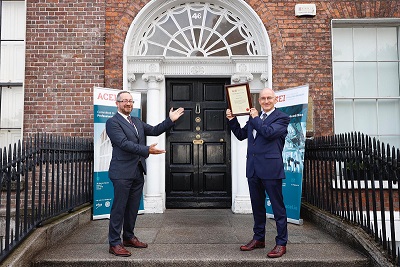